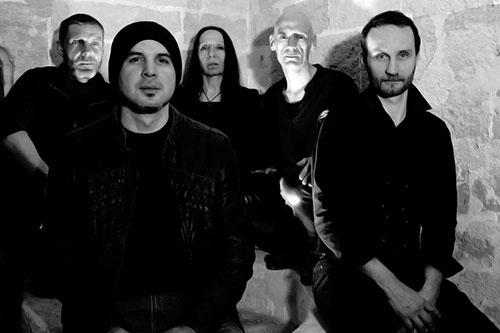 First of all, the band Nova Et Vetera (N.E.V.) is a human and artistic experience which is opened to other disciplines. The first idea was to offer the show that we would have liked to see in live performance.
The music offered by the band consists in gothic tribal rock.
During the show, the musicians follow a pagan ritual, they cover themselves with ashes in order to make their own personalities disappear in favor of those of their
animated movie counterparts projected behind them. This is a psychological immersion between unconsciousness and subconsciousness.