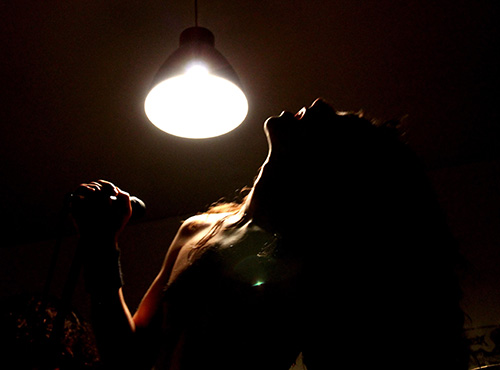 Night Train To Nowhere is the side project of Xzvrey from the french post-punk/deathrock band : The Last Oath. Each release tells a story through which demons and ghosts are running free.

Night Train To Nowhere was born during autumn 2015, after a long and exhausting composition session for Xzvrey’s main project. This was the trigger of a new challenge. Xzvrey decided to lead both : a main full band (The Last Oath) and a solo side project (Night Train To Nowhere).

During the end of summer 2016, Xzvrey put the final guitare note on Dance Of Horns, his first EP, one week before performing a live with his main band. The 23 September 2016, The Last Oath played live in Bordeaux, and Xzvrey meats Jean-Philippe Torres (Vivid Atmosphere, Darkline Spectrum) who did the sound for the band. The two mens had a long conversation about post-punk/goth scene. Havig been impressed by Jean-Philippe’s skills for mix, Xzvrey decieded to work with him on NTTN.

Now the two mens work together on this young project. A strange alliance increases, testimony of what the magic of the meetings can make.

The first stones of a dark and unholy building are put.